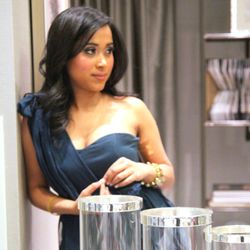 Shweta Subram is a highly accomplished vocalist and has lent her voice to Bollywood, Indian TV shows, and has performed for various shows across the world. She debuted in Bollywood with Dil-e-Nadaan alongside Ayushmann Khurrana for the movie Hawaizaada, and featured with Salim-Sulaiman at the IIFA Awards. Shweta was honoured to sing the National Anthem for Indian PM Narendra Modi's grand reception in Canada and became the youngest Indian to perform at the esteemed Carnegie Hall with The Piano Guys.

Shweta has been featured in Times of India, Deccan Chronicle, The Indian Express, and various popular news magazines. Her Bollywood covers on YouTube have received rave reviews. In addition, her own series, Shwetapella, has received tremendous accolades.

Shweta is a versatile singer and high energy performer. She can take you back decades with her rendition of Yeh Sama, can bring you in a romantic mood with Teri Galliyan, or make you dance on your feet with Baby Doll.

- Honours from the London Academy of Music & Dramatic Arts; recipient of prestigious Duke of Edinburgh award

- Performed across India with Sunsilk Gang of Girls; telecasted over Zoom TV

- Performed with Atif Aslam and Sukhbir for a crowd of 25,000+ in Pune